Home Article When you get in the car, the song "Music" will be played without permission !? --Why the iPhone can't be heard anymore?

The appeal and strength of the iPhone is that you can understand how to use it without reading the manual. However, there are times when you think you know it but you don't understand it correctly. In this section, we will explain in an easy-to-understand manner "why the iPhone can't be heard anymore". This time, I will answer the question, "When you get in the car, the song of" Music "will be played without permission !?".

When I get into my car with a Bluetooth paired iPhone and turn on the engine, the music of "Music" is played without doing anything? Now that the choice of streaming apps such as Spotify and Google Play Music has increased, It would be a problem if "Music", which is no longer used for music playback and contains almost no songs, is started. 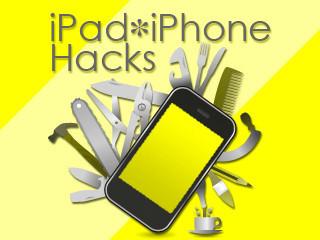 This phenomenon is seen when the car navigation / car stereo and the iPhone paired with Bluetooth are automatically connected. It does not occur in all car navigation systems / car stereos, but it has the disadvantages that you cannot select a music playback app that starts automatically, and that playback starts from the first song in your music library.

The best way to solve the problem is to launch the music streaming app or radio app you want to use before starting the car engine. Even if the music starts playing automatically, it shouldn't be a problem because you can specify the app and song order (playlist).

In that case, the app you want to use should be running when you start the engine, and it does not have to be playing. However, if the app is closed and not used (the song playback is stopped) for about 3 minutes, the app will be automatically terminated according to the iOS specifications, and "Music" will be automatically started when the engine is started. Please note that it will be the case.

You can also turn off mobile data communication in the iTunes Store and App Store settings without putting songs in Music, or delete the Music app, but I want to listen to music while driving. If so, the above method is recommended to start any music playback application within 3 minutes of starting the engine.

Tags: How to turn off Huawei's music autoplay in the car