Home Article I just got a large motorcycle license, but I tried smartphone cooperation with Honda "CB1000R"!

I just got a large motorcycle license, but I tried smartphone cooperation with Honda "CB1000R"! 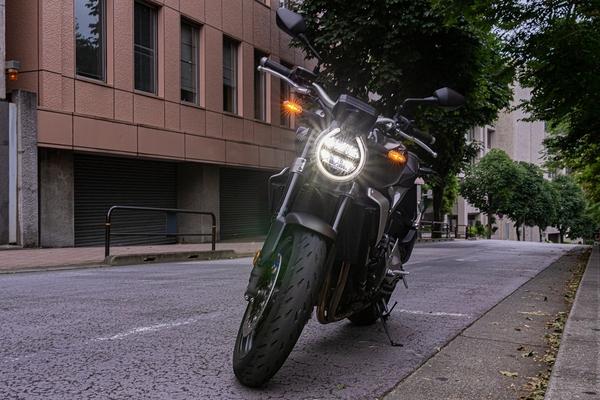 As represented by Apple CarPlay and Android Auto, it is commonplace to connect a car to a smartphone and watch navigation, music, and messages. So what about a motorcycle? This was achieved with the minor-changed Honda motorcycle "CB1000R." I immediately experienced the latest infotainment system "Honda Smartphone Voice Control system (HSVCS)" with the riding feel.

The story goes back to the interview request from the editor in charge, Speedy Sueoka, "I think the CB1000R can work with smartphones, so write an article." I thought, "If you are interviewing infotainment, you can do it quickly." But it wasn't that easy. Because I don't have a large two-wheeled license. After consulting with Honda, it is of course not possible to rent a vehicle to a person who does not have a license. I consulted with Ms. Mikan, who has a large motorcycle license, which is familiar in the motorcycle review of ASCII.jp. However, her petite reply was that she refused, saying, "The CB1000R is out of reach." When I consulted with Sueoka, the editor in charge, that this was not possible, he said, "YOU, don't get your license!" So I decided to enter a driving school to get a large motorcycle license. The pattern will be published in a separate article, but since I was able to obtain a license on a sunny day, I was able to make it into an article. It is a large deficit article that cost more than 100,000 yen.

CB is a series name of motorcycles equipped with Honda's 4-stroke engine. Roughly speaking, if R is attached to the back of CB, it is a full cowl sports type, and if nothing is attached, the engine is a naked model without a cowl or cover ( Or it will be a half cowl). In addition, it is customary for the company to have a 3-digit or 4-digit number indicating the displacement after the CB or CBR. Furthermore, if an R is added after the number, it indicates that it is a sport type, and the larger the number of Rs, the higher the sportiness. The CB1000R introduced this time is, in other words, a "naked type sports bike equipped with a 1000cc 4-stroke engine". It's easy to understand.

The CB400 SUPER FOUR, which is familiar in the training car.It ’s also the first bike that many people touch.

With this CB1000R as the eldest brother, we have a lineup of four models, CB650R, CB250R, and CB125R. Isn't there a 400cc model that normally has the maximum displacement of a two-wheeled license? It seems that there is a familiar "CB400 SUPER FOUR" in the training car.

The CB1000R was born in 2018. Actually, it seems that the first generation appeared mainly in Europe in 2007, but this was not released in Japan, and it was sold from the second generation in Japan. According to the press release at that time, "The CB1000R has set the aim of development as" EMOTIONAL SPORTS ROADSTER for adults, which is fascinating, enthusiastic, "and in addition to the fun of maneuvering, which is a universal attraction as a sports bike, high-quality driving. In order to realize this, we are trying to centralize the mass and reduce the weight. " It's a little confusing, but I interpreted it as a sporty bike that suits adults.

In this minor change, the shapes of the headlights, radiator shroud, and air cleaner cover have been changed. In addition, the seat rails and rear fenders have been made slim, and the wheels have been changed to Y-shaped 7-spokes. And a 5-inch full-color TFT LCD meter that enables the cooperation function of the motorcycle and smartphone at the beginning of the article will be installed. Three body colors are available: Matt Ballistic Black Metallic, Candy Chromosphere Red, and Matt Beta Silver Metallic.

Now, let's try the "smartphone cooperation" that triggered this interview. This CB1000R is not the first time that a motorcycle and a smartphone have been linked. Apple CarPlay is already implemented in the company's Gold Wing and CRF1100L Africa Twin. The biggest feature of this smartphone cooperation is that it was developed by Honda itself. I've never used Apple CarPlay on a motorcycle, but I think I've decided that it's better to make it from the perspective of a motorcycle manufacturer for better usability.

Link your smartphone and bike with Bluetooth

All you have to do is install an app called Honda Smartphone Voice Control system and link the vehicle and smartphone via Bluetooth. After that, with the cross key on the left handlebar or voice control with a commercially available motorcycle compatible Bluetooth headset, navigation, music, telephone, message service, etc. can be performed without touching the smartphone. While driving a motorcycle, it doesn't mean that you tap the screen just because the phone rings, so it makes sense to do it with voice control or key operation.

Link the app with the bike 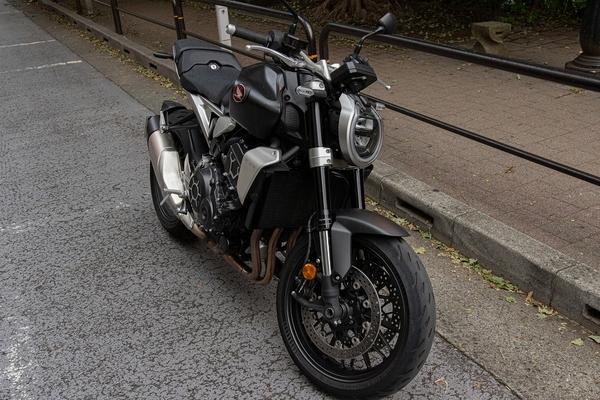 First, I install the app, but this is not compatible with iOS! Isn't it compatible with both imadoki? The author of the iPhone user decided to get the help of Speedy Sueoka, who is also in charge of ASCII.jp smartphones. Next, I connect to the vehicle, but "How to connect the smartphone to the vehicle via Bluetooth" is Wakaranai. Before we look at the manual, we have a lot of quirks to touch, and we swear by saying, "Isn't this a long press of a button?" But without cooperation. I have no choice but to look at the manual of the vehicle, but it is difficult to understand because there are too many pages for details like the game book that was popular in the past. Frustration culminates in small letters that are hard to see in Alafor's eyes. However, since it is a manual to be loaded on a vehicle, it is unavoidable to make it small. It is bad for us to move with a can without thinking about anything.

A state of calling the setting menu

A state where the registered terminal of Bluetooth is reset

After 10 minutes of struggling in this way, pressing and holding the cross key on the left side of the steering wheel to bring up the main menu, resetting the Bluetooth device from there, and pairing were performed. It was reset because of the specification that only one vehicle can be registered on the vehicle side. If you have multiple smartphones, you need to be careful.

When you start the app, navigation, phone calls, messages, and music will be displayed on your smartphone. At the same time, the state is projected on the right side of the display of the motorcycle. It is said that it can be controlled with the cross key on the right hand of the handle and the headset for motorcycles (sold separately), but since I do not have friends, I do not have a headset, so this time I decided to control it with the cross key.

It looks like the navigation is started.The direction will be shown on the display

Navi is to input the destination or indicate the direction by voice. With this, you can use the navigation system without attaching the smartphone holder to the bike. However, you will need a separate Bluetooth headset to use it.

I used YouTube Music for music playback. Use the four-way controller to adjust the volume, advance the track, and pause. It's a pity that we can't return the truck. I don't listen to music while driving a motorcycle, but I think it's a good feature for those who are touring while enjoying their favorite music (use a helmet with a motorcycle income).

Trying to make a phone call

I tried to call "Call Kurihara" using the microphone of my smartphone, but apparently the voice recognition is not good, and it finally starts up after a few times (actually, it seems that it can be recognized correctly just by saying "Kurihara"). I think that this also depends on the Android device, so it may not be a Honda app. It is better to use it exclusively for incoming calls rather than making a call from here. By the way, the message function didn't work. Both Android Auto and Apple CarPlay have never succeeded in the message function by voice recognition.

"Oh, in this case, you don't need to attach a smartphone holder to the bike, and above all, it's safe because you don't tap it." I can't just return the CB1000R ... so let's move on to the explanation of the vehicle.

What is ASCII Club?

What is a prescription for creating a happy digital society? Mika Tsutsumi "Digital Fascism"