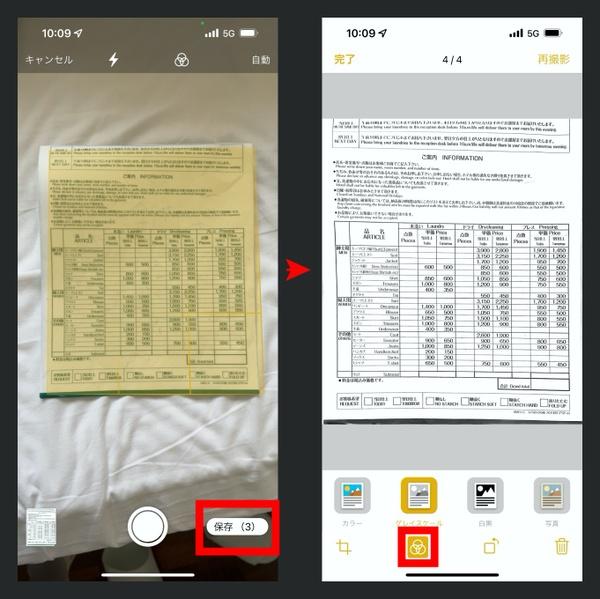 In the previous series, I introduced how to scan a document and import it to iPhone, but this time I will introduce how to change the color of the scanned document and where to save it.

If you just want to take a picture with the camera, you can do it with the photo app, but the nice thing about the memo app is that you can change the color of the scanned document with just the memo app, and you can add text to it and manage it all together.

You can change the color by tapping the mark that looks like three rings overlap. Of course, it can be rotated and trimmed again. If you don't like it, try shooting again.

It is recommended to add text just below the scanned document to organize it so that it will be easier to understand when reviewing it later.

You can check the saved documents not only with the memo app but also with the photo app. If you want to check them all at once, it seems better to use the photo app. The content introduced here can also be used on the iPad, so please take advantage of it. 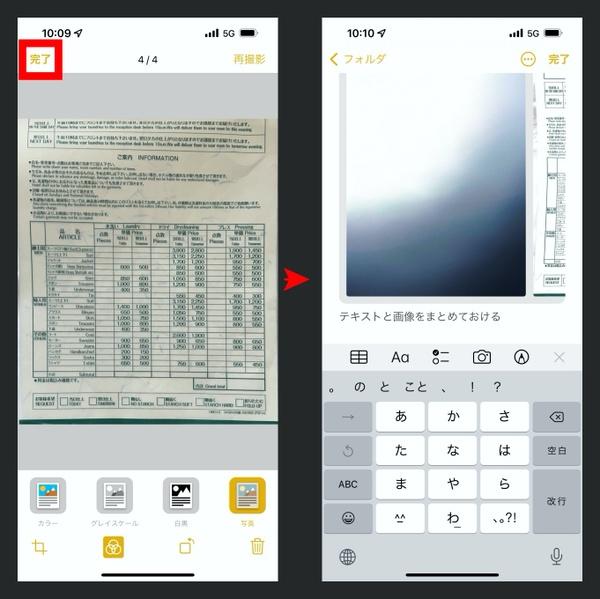 About the author: Rintaro Kaneko

Since the age of 14, he has been composing on computers and tablets. While he was also working on CD production, he became interested in machines, and from 2016 (20 years old), he started to cover IT-related companies and write articles.

Nomura and Credit Suisse "Karakuri of huge loss", what is the law committed by the two companies? ｜ Business + IT

What is the key VIE scheme, which is dangerous because the interpretation that "Chinese companies are stagnant" is dangerous due to successive regulations?