Will humanity be destroyed by the "singularity" of artificial intelligence in 2045?

Will humanity be destroyed by the "singularity" of artificial intelligence in 2045?

Will the singularity occur in 2045?

It is often said that "the singularity will occur in 2045", which is known for the development of technologies such as character recognition, and is an American inventor and futurist Ray Kurzweil who has made various predictions about the future. It was originally predicted by Kurzweil that the ability of artificial intelligence would surpass that of humans.

Following Kurzweil's theory, various theorists refer to the "2045 singularity theory" and are often featured in the media.

However, such a prophecy is something that should be heard in half the story. One of the founders of quantum mechanics, the Danish physicist Niels Bohr, has the following "maxim".

"It's hard to make prophecies, especially about the future."

On the premise that "prophecy" was originally related to the "future," he dared to humorously talk about the difficulty of prophecy.

Common sense cannot predict how the world will change by 2045. Everywhere in the world, there is "non-linearity" in which "1 + 1" does not become "2", and even a slight change cannot be foreseen.

There is also a phenomenon called "black swan" that even experts cannot predict, such as "simultaneous terrorist attacks" and "new coronavirus" (SARS-CoV-2). 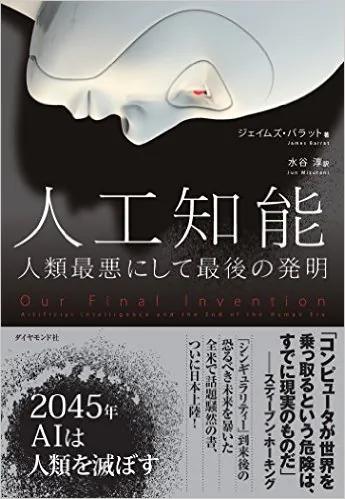 It is certain that Kurzweil is a good engineer and visionary. It is also true that many of the singularity theorists have excellent intelligence and sensibility.

However, it is not certain that the singularity will occur in 2045. In the first place, the definition that artificial intelligence exceeds humans is not clear.

Artificial intelligence is a "mirror" for us

Still, people are attracted to the idea of ​​the singularity and the future image that it will come in 2045 because artificial intelligence is so much a "mirror" to us humans.

Artificial intelligence, which may eventually become autonomous or begin to evolve in its own way, is, for now, a "tool" we humans have created.

Whether it is implemented as a computer or applied to a robot, our outlook on humans and the world is revealed in what we are trying to use the artificial intelligence that is materialized in this way.

Is the essence of us human beings "intelligence" or "consciousness"? Are our great achievements "science", "technology", or "art"?

In the vision of what artificial intelligence can do and what it does, the philosophy of where we put our essence is reflected. And on the ultimate extension of the question of intellect and the essence of consciousness, the mystery of why this universe exists and what is the significance of its existence emerges.

Beyond that, even the illusion of "God" can be seen and hidden. There is an area of ​​thought that can be called "theology of artificial intelligence."

Do we reflect "intelligence" in the "mirror" of artificial intelligence, see the shadow of "consciousness", or feel the sign of "God"?

In "theology of artificial intelligence", various problems that are essential for us human beings lie.